Lorraine Ashdown and Janice Vee first met at Kiss 100 FM in 1996. Fresh out of Uni and a passion for soul and dance music Lorraine immediately clicked with Janice, a kindred spirit who had graduated from the same Media Degree course a couple of years earlier. Lorraine started out co-presenting and producing ‘Steve Jackson’s Show’ and Janice presented and produced the magazine show ‘The Word’. Janice and Lorraine then went on to present The Word together….and this is where their infamous radio union began.

In 1998 Janice and Lorraine were handed the Drivetime show on Kiss. They aptly named it, “Full Frontal,” to reflect the bare naked ambition of the show. Joined by Dani Behr at the start, it was the first show of its kind ever on UK radio. Here were three women hosting a peak time show with fresh music, top guests from the entertainment world, hot DJ mixes and memorable interactive audience features. Snoop Dogg, Lauryn Hill, David Bowie, Keanu Reeves, Destiny’s Child, Keith Allen, Peter Stringfellow, Duran Duran and Anthea Turner were just some of the people on through the studio door. The show was a success and gained thousands of followers.

During their time at Kiss they were the support act at Wembley Arena for the Spice Girls, they hosted the band Moloko live on stage and they DJ’ed across London and the UK. They warmed up for the likes of Masters at Work, Gilles Peterson and Marshall Jefferson as well as playing in Ibiza at MTV Rocks and Manumission.

After Kiss, they went onto present and produce their own show, “Bring It On,” on Atlantic 252. They also hosted shows for Ministry of Sound Radio, the Glastonbury Radio station Radio Avalon and a pilot TV show for Channel 4.

Janice and Lorraine are above all else best friends who share the same passions and Janice is Godmother to Lorraine’s two children. They are working mothers who juggle the demands of work and family life, love music, and will never forget the power of the boogie!

About Lorraine Ashdown
Lorraine also spent two years presenting TV shows for the music and lifestyle channel, Rapture TV. This included two summers living on and documenting the party island of Ibiza for “Ibiza As It Happens”. A tough gig but someone had to do it! She also hosted the “Dance Music Awards,” at Pacha. Lorraine is an experienced voiceover artist and spent 6 years as the voice of “Closer” magazine, has been the voice of Radio 1, the announcer on “Ant and Dec’s Saturday Night Takeaway,” and a regular contributor on ITVBe. She is currently the voice of “Nivea,” having done this for the last 8 years.
When vinyl was king Lorraine took her DJ selector skills around the globe, completing 2 tours of Brazil.

About Janice Vee
Janice co-presented a magazine show with Rowland Rivron on LBC, and was a contributor on BBC Radio London where she presented her ‘What’s On’ guide; telling Londoners the hottest places to go in the city. While at Kiss FM Janice co-presented and produced many shows on the station including David Rodigan’s Drive time show, Gordon Mac’s Saturday show as well as being the Carnival reporter at the Notting Hill Carnival and the Kiss 100 stage. She also presented a show on Kiss TV with DJ Roy The Roach which was sponsored by the Guardian called ‘The Guide’. Janice was also signed to Warner Bros Music with her band ‘Link and Bikini’ and her first single ‘Kissing’ got to Number 1 in the Russian dance charts!!
Janice is a very successful voice over artist and is currently the voice of the Vodafone Network, BBC Radio 5 Live, ITV Daytime, BBC Regional stations, Game, Universal Music, Sony, Ministry of Sound plus many more, as well as narrating numerous audio books. 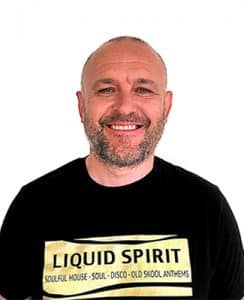 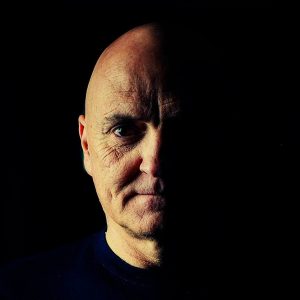