This Thursday (15th June), Sy Sez returns with London producer Klevakeys to talk about his latest releases and drop some upfront exclusives.

Klevakeys has been a passionate, talented DJ / producer for well over a decade, releasing music and doing gigs for over 12 years. His love for music and the arts is second to none. Previously releasing and playing music under various aliases, Klevakeys has always kept his sound fresh and is always striving to evolve.

Since emerging on to the underground house music scene in 2010, Klevakeys released his first house EP ’Lost In The Music’. With numerous releases in-between, a year later Klevakeys released ‘Stay’ featuring Julie Iwheta which was his first release that hit the top 10 spot on Traxsource.

In 2012 Klevakeys was really experimenting with his sound and getting influenced by a lot of underground music at the time releasing ‘Soul on The Dance floor EP’, remixing Eltonnick and Naak’s ‘Ndiyindoda’ releasing ‘Moving On’ feat Julie Iwheta, ‘Raising Vibrations’ feat Diamondancer and ‘Hold of Me’ feat Michelle Weeks all in  the same year. Since then Klevakeys has built up a very admirable portfolio of music.

His first Traxsource number 1 came in the early part of 2014, teaming up with the legendary DJ Spen’s Unquantize Record label, ‘Journey To The Sun EP’ which was a great success in the house music world. That same year Klevakeys released his debut ‘Lost and Found’ 12 track digital album which also received great support. In 2016 Klevakeys released his second studio album ‘Elevation’ which recieved great support, showing a different side to his production 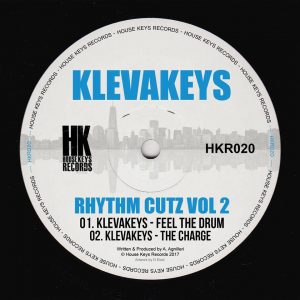 Listen Live Via DAB, Online or Via The App