As we approach the final weeks of 2016, Melvo Baptiste looks back at a jammed packed year full of astounding music and lists his best of the best.  This year’s pickings are nothing but fresh, funky and diverse. We look forward to part two this mornings show live from 11am.

Following on from his debut in 2012, Channel Orange, this year saw Frank Ocean’s return with an album entitled Blonde. I don’t think anyone fell in love on a first lesson, but it definitely grew on us. It’s a mood album, druggy and sometimes dark but Pink & White had enough to be commercially successful and enough soul to make one of our top picks for 2016.

When I was first sent this promo, I spent a few minutes trying to figure why I hadn’t heard this Marvin Gaye track before, before realising it was actually something brand new. Discovered & signed by Snoop Dogg, October London came from the shadows of ghost writing for other artists and gave us his debut. We chose Color Blind but easily could have selected Black man in America or Quiet Storm. A great listen from front to back!

We were fortunate enough to be joined in the studio by the legend that is Leroy Burgess earlier last year, he had recently re-recorded Convertion – Let’s do it for a Louie Vega mix, little did we know less than a year later Opolopo would raise the bar and give us so many fantastic memories on the dance floor. A great record for radio but even better for the clubs.

One of the most instantly recognisable vocalists on the planet. We have always been huge fans of this man and this year he returned with his fourth studio album, Take me to the Alley. Again, there were a few tracks we could have selected in our best of, but we have chosen Holding On. It was first released as a single with Disclosure and worked on the dance floor, then Mr Porter dropped the album and gave us the most beautiful , lazy, back room Jazz rendition. He also released a documentary this year, Don’t Forget Your Music, well worth a watch.

A very late entry but completely deserved, the man with the midas touch has just given us a solid body of work that doesn’t really sound like anyone else. Redbone seems to be the most popular track but we fell in love with Terrified & Stand Tall. Particularly Stand Tall, such a powerful & uplifting piece of music, just when you think it’s done, it takes a trippy, electronic turn but manages to perfectly swoop itself back around into the beautiful & soulful chords. I’m sure we have plenty more to come from Donald Glover, aka Childish Gambimo, whether it be on screen or on stage.

Due to their crazy schedule, brothers Howard & Guy couldn’t commit to a full length album but did give us a 3 track EP in June which seen them collaborating with Eats Everything and Al Green. Feel Like I do is a perfect for radio and we loved it.

Wretch proved this year that other Hip Hop & Grime artists can release music but for content & delivery, he is in a world of his own. What he done on Charlie Sloth’s Fire in the Booth cannot be ignored, arguably the best you will ever see and sitting at almost 5 million views. In September he gave us Growing Over Life, it needed no time to grow, instantly listenable as he followed a slightly more Hip Hop sound over Grime. We chose Open Conversation for our charts.

As Garage music slowly faded and we saw the birth & rise of Grime, only a handful of MC’s successfully rode the wave and secured their legacy. Kano is one of them. After a spell away from the mic and instead on our screens starring in Top Boy, this year he gave us Made in the Manor. We massively supported Hail & T Shirt Weather, but Garage Skank gets the pick, original Kano flow that brought so much energy to the dancefloor.

Earlier this year Sampha dropped Timmy’s Prayer, his first solo release since 2013. He has spent much of the year working on the live show which he delivered to London’s Corsica Studios in October. Rumours spread that an album would be with us in Autumn so I guess we’ll have to sit tight and wait for its arrival. This was one of the very first tracks on my list for the best of 2016.

There isn’t much left to say about this girl that you don’t already know, she fills the complete spectrum & would have made this much of an impact in any generation. This year seen the release of ‘For All We Know’ which included so many hits. We honestly could have picked 6 or 7 tracks as our best, but the real stand outs for us were Bad Blood, In the Morning & Adore you.

To hear these tracks in their full glory, listen Back to The Eclectic Show from Saturday 10th December, right here: 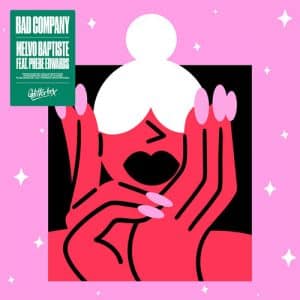