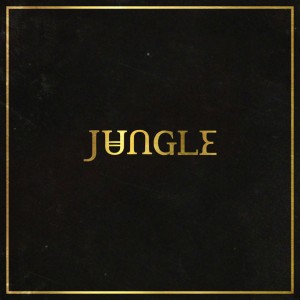 Mysterious, dark, swampy, retro and cult following are all phrases PR and Management want to hear when describing their latest singer, band or product. Not always do you get all of them, sometimes you get that retro sound with Pharrell or that cult following Frank Ocean had in the build-up to his release, but generally, it’s rare to find an act that can do all of the above. However, it appears we have found the exception to rule. Jungle are that exception.Jungle is the lovechild of lifetime friends and collaborators T & J from London (who have kept their name and identities relatively secret, up until now), 5 extra musicians who make up their live band and the expert marketing of XL Records. Having dropped only small teasers and hints of their Electro-Soul sound, they’re ready to take the underground and seemingly mainstream airwaves and rightfully claim them as theirs.But let’s actually describe what they sound like which isn’t as easy as one would think. Influenced by music all over and spanning genres from Soul to Funk to Pop, their sound lies in writing funky basslines smashed together with some addictive dark synths and like a moth to a flame, neither us or the band can stray from that sound.The self-titled album released this past week (14th July) opens on a fine note with single, ‘The Heat’  with T & J bringing the heat in more sense than one, lyrically and musically with a red hot rhythm and wailing sirens that dictate the flow of the record.‘Jungle’ is however annoyingly short. Or at least it feels that way, with only two of the songs on the record breaking the 4 minute barrier and a handful of tracks which barely scratch 3 minutes. Let it be known this doesn’t take away from the record, just highlights the potential these guys have, considering that half of the tracks had already been released before this week.As a result, the first half breezes past at lightning speed with massive hit ‘Busy Earnin’ with the combination of T & J’s vocals, (one low and one falsetto), stuttering beat with a Hip-Hop swagger and big brass sound.It’s swiftly followed by ‘Platoon’, which opens with a call from T & J as their polar voices twist out an ‘oh brother’ that is oddly infectious on top of jangling guitars and soft, almost hidden beat. The first 6 tracks of ‘Jungle’ are quite unbelievably impressive, with it being stacked to the rafters of summer tunes, and none better than ‘Time’.‘Time’ follows the normal ‘Jungle’ structure, wicked bass, almost disco percussion and sleek synths which culminate in albeit lyrically vague chorus, but that doesn’t matter if you’re going to be screaming this one in the fields, clubs, cars or wherever you hear it this year.The second half doesn’t possess the same punch and weight behind like the former which considering the standard of the first, is nothing to scoff at, but still contains several high points. In particular the western whistling that precedes the jam in ‘Smoking Pixels’ leads nicely into ‘Julia’ which brings some more funk and a triumphant key sequence as T & J tell her, ‘they don’t know a thing about you’ which bleeds irony after their mystique build up to the record.‘Crumbler’ exerts sunshine vibes with a catchy beach riff and rumbling bass and ‘Lucky I Got What I Want’ brings subtlety but also one of the best chorus and vocal performances from the pair, rounding off an album that deviates into an album you feel like you’ve heard before, but possess the fresh sounds that is likely to make them 2014 hottest topic.‘Jungle’ isn’t an album that you should dip in and out of, it’s one that plays best in full and partly is due to contagious sound and nature of it. If you’re looking for new Electric Funk duo with groovy baseline and soulful vocals, Jungle are your best bet. But if you’re just looking for good music, Jungle are still your best bet.Thomas Smith (@thomasjsmith__)