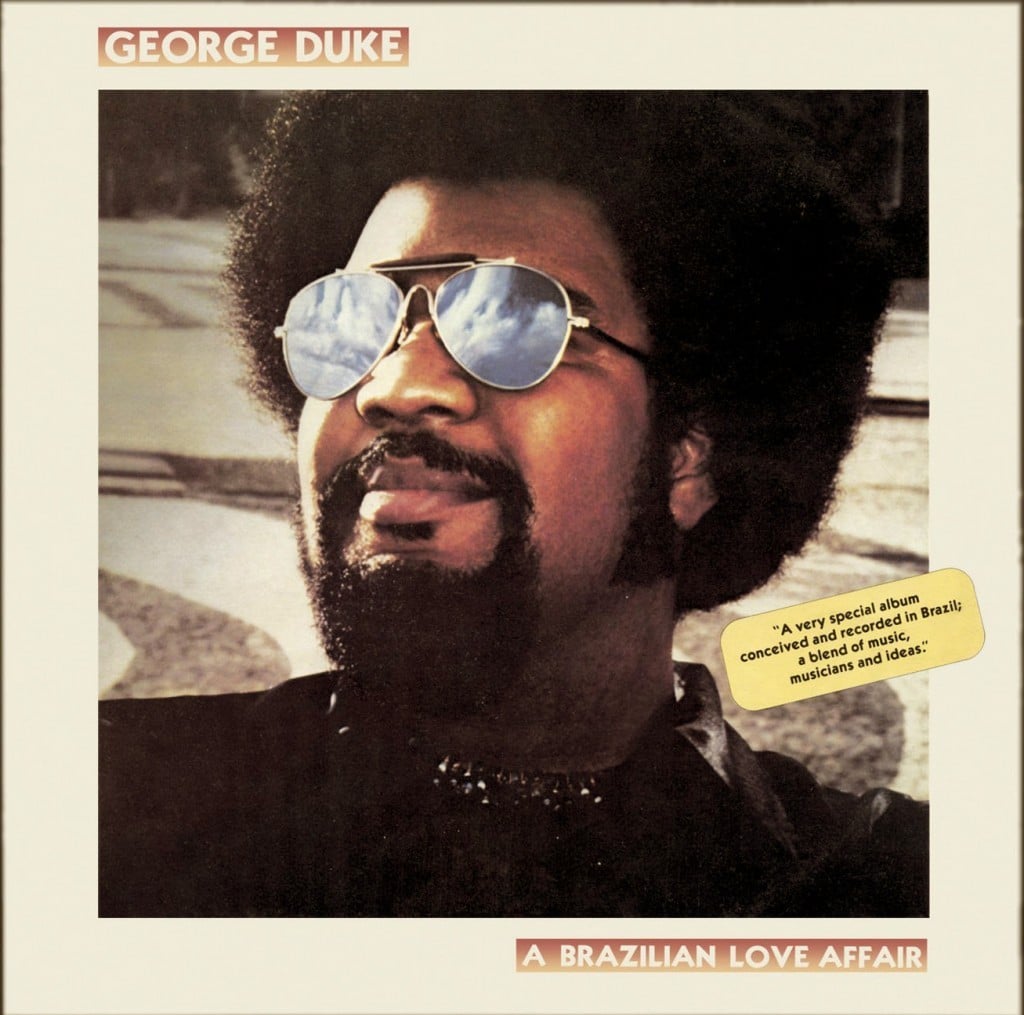 Today’s ReCollect album choice comes in the spirit of the Olympics and Rio de Janeiro.

‘A Brazilian Love Affair’ was released in 1980 and has become one of George Duke’s most well-known albums in the R’n’b, Jazz, Latin fusion genre’s.

George had travelled back to Rio de Janeiro in 1979 to work with local Brazilian artists. George is renowned for his Jazz, funk and R’n’b sound and always had a passion for latin music, so wanted to try something new.

“My idea was to take typical Brazilian rhythms and put my stamp on them with my current touring band. I wanted to work with Milton Nascimento, and I might add that I was thrilled when he said OK. I mostly worked with his rhythm section and intermixed them with mine.” George said.

“Brazilian Love Affair” is funky and full of bass licks. An up-tempo track that talks about the lifestyle of the Brazilians, beach life and being carefree. Listen out for when George gives shout outs to all the wonderful cities in Brazil. You can clearly hear the fusion between George’s well-known R’n’b, Jazz sound and the Brazilian instruments he chose to use on the track.

“Cravo e Canela” was written by local Brazilian musician Milton Nascimento, mid-tempo and beautifully composed.  This has become the signature and stand out track of the album because it’s Brazilian music at its best. It’s driven solely by Milton’s acoustic guitar and beautiful vocal harmonies. George has added his funk elements to the track but it still manages to keep its Brazilian authenticity.

“Love Reborn” sets the scene for romance. The chimes in the intro are dreamy and delicate and conjures up a picture of the sun setting. The track changes towards the end, giving you a powerful rock guitar outro which completely changes the mood of the song.

“Up from the Sea It Arose” is most likely inspired by the sounds of the world renowned Brazilian carnival and “Ao Que Vai Nascer”, the last song on the album, is an acoustic ballad that is performed and written by Milton Nacimento. A song that is sure to give you goosebumps as it builds. Tap into that Latin spirit and feel the tropics in your ears with this flawless, beautifully arranged album.

George and a young singer named Al Jarreau formed a group which became the house band at San Francisco’s Half Note Club.