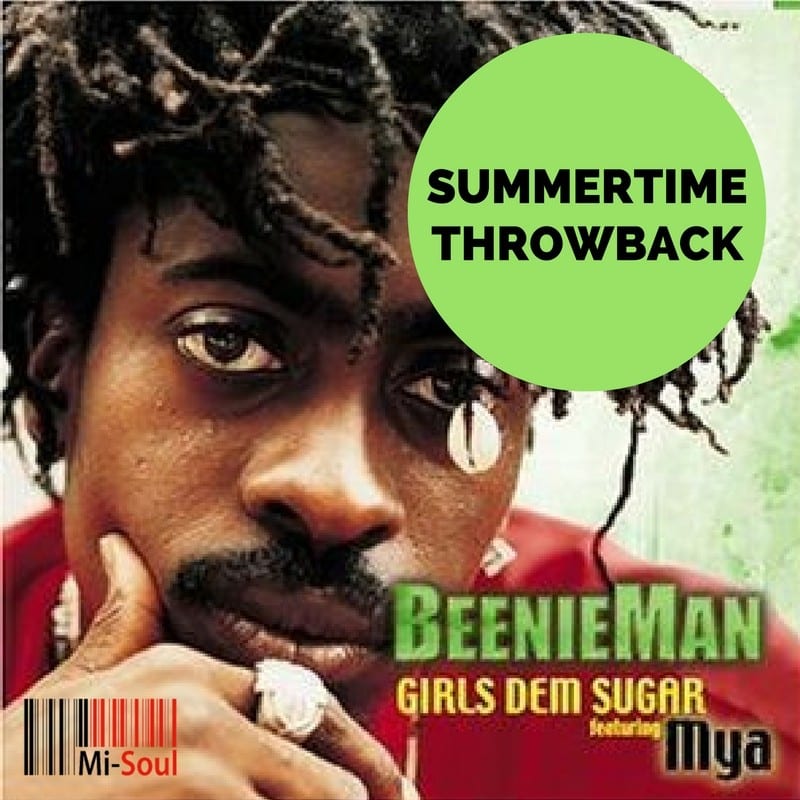 Don’t pack away your sun shoes just yet, as we have dusted off a classic jam from late summer of 2000 to get you back into a summer-time feeling.

Released on 14th September 2000, this reggae fusion hit, produced by The Neptunes, features the sweet vocals from the R&B song-bird Mya and it had the club dancefloor ablaze. Considered a dancehall classic because of its crossover appeal to the masses, Mya plays the love interest to Beenie’s advances and seems to win her over with his charm.

“Girls Dem Sugar” was taken from Beenie Man’s album titled “Art and Life”. By the time the single reached the UK  it had already had a fair amount of international success, having had huge air play on urban radio stations in the USA as well as reaching number 16 on the Billboard Chart. It reached number 13 in the UK Chart.

We think it’s a song that is infectious, a great homage to that classic dancehall rhythm and guaranteed to get you on the dance floor.